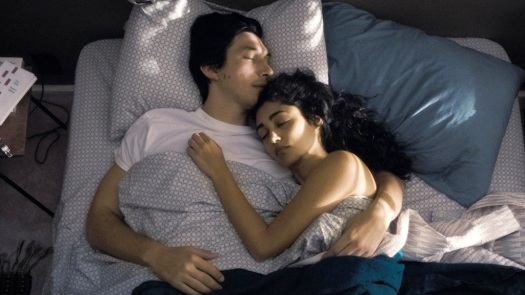 A couple weeks ago, I went to see Mia Hansen-Love’s transcendental new movie Things to Come. The film moved me in surprising ways. How could someone purposely make a movie that so accurately reflects the mundane complexities of daily life in a way that is at first glance uneventful, but culminates in an honestly moving picture that can’t be described as anything other than profound? Can a movie be simultaneously profound and unassuming? Isn’t that a contradiction?

Paterson, the latest movie by independent American genius Jim Jarmusch is a fantastic companion piece to Things to Come. The settings and characters are quite distinct, but the effect the movies had on me was quite similar. Instead of focusing on a French high school teacher played by Isabelle Huppert, Paterson tells the story of a poet named Paterson (Adam Driver) who lives in Paterson, New Jersey and makes his living as a bus driver. Jarmusch follows Paterson’s routine closely for about a week. We see him writing poems, overhearing conversations on his bus, and walking his bulldog. Not much happens in the realm of plot, and yet, one can’t help but be overwhelmed by witnessing this man’s mundane, yet profoundly beautiful life.

Jarmusch, who has been obsessed with American icons during his career, seems to have molded the character of Paterson on Ralph Kramden, the character played by Jackie Gleason in The Honeymooners and probably the most famous bus driver in pop culture history. He even has an old-fashioned tin lunchbox. Not unlike many characters from other fifties sitcoms, Paterson comes home to a wife (Gholshifteh Farahani), who is constantly coming up with funny new plans to realize her dreams. The movie is not pitched on the level of a sitcom, however, preferring a measured pace peppered with warm chuckles.

Paterson is a fantasy movie. It is a re-invention of the American dream. This is a movie in which the economic and social troubles of the real-life city of Paterson are pushed to the side in order to focus on an idyllic version of working class American life. The community Paterson lives in is diverse, friendly and, for the lack of a better word, vibrant. Now, I don’t mean “vibrant” in the way travel brochures describe hipster neighborhoods in Brooklyn. The vibrancy comes from the fact that the characters in this movie are not defined by their occupation, or the way they dress, or anything like that. Jarmusch extends respect and empathy to practically every human being who appears in the movie.

Paterson’s favorite poet is William Carlos Williams, who lived in Paterson, New Jersey, and whose most famous poem takes the form of a note he left on the refrigerator for his wife after he ate the plums she was saving for breakfast. It’s a simple poem made all the more beautiful for how banal it is. Making connections between every movie I see and the latest Presidential election is becoming old pretty quick, but the truth is the maniac hasn’t even taken office yet, and we just don’t know what to expect. Paterson presented me with the most idealistic and beautiful of America I could’ve imagined at this moment. I’ll just end on a cliche, and say Paterson captures the beauty of life, even when there’s nothing extraordinary about it.